10 Reasons You Should Move to Scottsdale

In February 2014, most of the United States was hit by a winter weather event called the Polar Vortex, which dropped temperatures to records lows that extended well into the month of March.

But not in Arizona.

In fact, while many cities faced its coldest February in history, temperatures in the Valley reached record highs. While a month-long average temperature of 64 degrees may not be much to write home about in an average winter, it certainly was notable when many cities recorded highs that only averaged between six and 24 degrees during the exact the same span of time.

Of the top-six states that people move to Arizona from, four of them (Illinois, New York, Ohio, and Michigan) are home to some of the country’s harshest winters. And not all of these Valley residents live in town full-time. Many have homes that they live in during the winter months, and these residents are called “Snowbirds” or “Winter Visitors”. In Arizona, the so-called “Snowbird Season” usually starts in either October or November and lasts through April or May.

And the weather’s not the only reason to migrate to Arizona during the winter months.

Top-10 Reasons Why You Should Make Scottsdale Your Winter Home

It might not be the only reason, but it is one of the best to start this list with. Not only is it warm, but Arizona residents enjoy low humidity levels in winter, not to mention the rest of the year. While average humidity levels in places like Florida can skyrocket all the way to 90-percent or even higher, the daily averages in Phoenix hover around 37-percent, and can drop to 23-percent or lower in the afternoons. With temperatures all winter long that average in the mid-60s and more than 300 days of sunshine, the Valley is one of the best places to live in the United States based on weather alone.

There are more than 200 golf courses in the Valley. Notable courses include the pair of 18-hole championship courses located in one of Phoenix’s most prominent neighborhoods, the Biltmore area. Desert Mountain, a private golf and recreational community, is located in northeast Scottsdale and is the only property worldwide that is home to six Jack Nicklaus Signature Golf Courses. Not a fan of the traditional driving ranges found all over the city? Try the high-tech driving range at Topgolf Scottsdale at Riverwalk, which opened in 2014. And since the winter visitors tend to be retirees using their freedom from the workplace nine-to-five life, they can easily take advantage of all the golf Arizona has to offer by taking tee-times outside peak hours and days.

In 2014, Scottsdale was named the top city in the country to raise a family. It scored especially high in the “average family income”, “quality of public schools”, and “public parks” categories. Scottsdale is home to five-star schools like Cheyenne Traditional School, Scottsdale Country Day School, Desert Canyon Elementary, Cochise Elementary, and top-rated districts that include the BASIS School Inc. (a private charter school that ranks among the top-10 high schools in the country), Cave Creek Unified School District, and the Scottsdale Unified School District.

There’s no shortage of things to do in Scottsdale. Take in a movie and a meal at the Roadhouse Cinema at the Pavilions at Talking Stick, go kart racing at Octane Raceway, take a spin class at Mountainside Fitness, go indoor skydiving at the newly opened iFly, learn about butterfly conservation at Butterfly Wonderland, or learn about the thousands of sea creatures at the recently-opened OdySea Aquarium.

Scottsdale is also home to family-friendly parks, including the Indian Bend Wash Greenbelt, which connects the north side of town to the border with Tempe near Arizona State University by way of parks, splash pads, bike paths, driving ranges, and public golf courses.

Major League Baseball Spring Training, also known as The Cactus League, has been a Valley tradition since 1947.  Through the end of February to late March, 15 teams make Arizona its home in the spring, including the hometown Diamondbacks, the 2016 World Series Champion Chicago Cubs, California rivals in the Los Angeles Dodgers, San Diego Padres, and San Francisco Giants, and many more.

The 15 teams play in 10 stadiums around the Talley, two of which are located in Scottsdale: Scottsdale Stadium (the Giants’ “home” stadium), which is located near the amenities in Old Town and the Salt River Fields at Talking Stick (“home” to both the Diamondbacks and Colorado Rockies), which is a stone’s throw from the Pavilions at Talking Stick and the Talking Stick Casino and Resort. Three more stadiums are located nearby in Tempe (Tempe Diablo Stadium, “home” of the Los Angeles Angels of Anaheim) and Mesa (Sloan Park, “home” of the Chicago Cubs, and HoHoKam Stadium, “home” of the Oakland Athletics), while five more stadiums are scattered a short drive west.

Get A List of Scottsdale Homes Currently For Sale

Click here to explore the many Scottsdale Neighborhoods and find the one best for you.

However, the unofficial start to the party season begins when Scottsdale plays host to one of the top golf tournaments on the PGA Tour, the Waste Management Phoenix Open. Competed at the Stadium Course at TPC Scottsdale, 2017 was a record year for the Phoenix Open with more than 655,000 attendees and $10 million dollars raised for local charities. The most popular part of the tournament is the 16th hole, nicknamed “The Coliseum”. Though it is one of the shortest holes on the course, it is surrounded by a 20,000-seat grandstand, and is described as “one big party”. Gone are the traditional golf rules of quiet, stately observance. Instead, fans boo poor shots and cheer loudly for the best, which include Tiger Woods’ hole-in-one in 1997.

It’s simple to live your life outside in Scottsdale, with opportunities to walk, hike, bike, and even raft through town. Scottsdale is connected north-to-south by the Indian Bend Wash Greenbelt, and part of the Greenbelt includes El Dorado Park, which features 60 acres of green space, two lakes, four reservable ramadas, seven drop-in ramadas, multiple picnic areas, and a skate park. A few miles north (walking or biking distance away by the Greenebelt), is the Chaparral Park and Community Center, a 100-acre park with a range of recreational activities.

For hikers, Camelback Mountain is open from sunrise to sunset and includes three trails, including the Extremely Difficult rated Cholla Trailhead and Echo Canyon Trail, and the easy Bobby’s Rock Trail. There are more hiking opportunities, at the Gateway Loop, a 4.5-mile trail at the McDowell Sonoran Conservancy, which has six more trailheads in its 30,500 acres. The Four Peaks, which are part of the Tonto National Forest, is located 40 miles northeast of Scottsdale. Take a drive east of town to tube down Salt River or rent a boat on Saguaro Lake, or head north to enjoy the water at Lake Pleasant Regional Park.

There is no shortage of high-end shopping and dining in Scottsdale. From the Pavilions at Talking Stick to the Kierland Commons, the city is perfect for shoppers of all tastes. Scottsdale is home to unique storefronts like Calvin Klein Performance—the Scottsdale Quarter location is one of only five in the continental United States—and the Nordstrom at Scottsdale Fashion Square, is the department store’s only location in the Valley. The ultra-exclusive shopping found at the Biltmore Fashion Park is only a short drive west, while there are smaller boutiques and shopping centers scattered at all ends of town.

Scottsdale is also famous for its dining, including health-conscious cuisine favored by those who eat vegetarian, vegan, or gluten free. Each year, Scottsdale hosts Restaurant Week, which had nearly 80 participants at all price points in Fall 2017. Restaurants taking part included Cowboy Ciao, Eddie V’s Prime Seafood, The Herb Box, Two Brothers Tap House & Brewery, and many, many more. Scottsdale is home to multiple restaurants by Fox Concepts, including Blanco Tacos + Tequila, Culinary Dropout, Flower Child, Juby True, and True Food Kitchen. Scottsdale is also home to restaurants like Fanco’s Italian Caffe, Sel—which is a small, fine dining outpost in Old Town—Fat Ox, EVO, and Virtu, which is tucked away into the Bespoke Inn.

Click Here to Search Homes For Sale in Scottsdale

Want a Free List of Homes Currently on The Market? Complete the info below.

Scottsdale has nightlife options for every taste. For those looking to get out and dance, Livewire is a state-of-the-art venue for music and dance lovers of all genres, including EDM, hip hop, and rock. Down the road from Livewire is The W Scottsdale Hotel, which has three lounges and bars, while The Mint is a local favorite and one of the city’s swankier clubs. Maya Day and Nightclub is one of the most popular dance clubs in town. For a more low-key vibe, The Beverly brings a vintage vibe to Scottsdale, while Goodwood Tavern and the Rogue Bar are a pair of popular options, and the Kazimierz World Wine Bar boasts a cool, underground feel.

Scottsdale is home to world class museums, including the Western Spirit: Scottsdale’s Museum of the West, which is rated one of the top museums in the state. Racing fans will enjoy the Penske Racing Museum, which is located a stone’s throw from the world-famous Musical Instrument Museum. Fans of art of all kinds will enjoy the Scottsdale Center for the Arts and the Scottsdale Museum of Contemporary Art, while sports fans can take a tour through the Fiesta Bowl Museum in nearby Tempe.

For architecture fans, the works of famed architect Frank Lloyd Wright can be seen all over town. Bennie Gonzales, who grew up in the border town of Nogales, Arizona, was known for designing most of the municipal buildings in Scottsdale, along with hundreds of private homes and residences. Homes designed by Mark Candelaria or Bing Hu sell for top dollar in Paradise Valley, while the original Alfred Newman Beadle mid-century modern home designed in 1963 has been completely redesigned into today’s modern style.

With hundreds of galleries and studios, Scottsdale is one of the top cities for art in the country. Famous art pieces can be seen all over town, including the celebrated pop art sculpture ‘LOVE’ by Robert Indiana, which is located at the Civic Center Park. Hosted by the Scottsdale Gallery Association, the Scottsdale ArtWalk is an Old Town staple, where art lovers can spend any and every Thursday evening (except Thanksgiving) touring through the local galleries. North Scottsdale is also home to the Arizona Fine Art Expo, Art Revolution Tonight, and the Pinnacle Gallery.

Still need to be convinced that Scottsdale is a great place to call home? Well, take it from Kim and Dave Panozzo. They were once winter visitors too. The Panozzos moved to Scottsdale from Chicago in 1994 with their young daughter in tow. Since then, the Panozzos have raised two children and established their careers as successful realtors in Scottsdale. They love living in the valley for each of the top-10 reasons listed above, who better to help you find your home here than a couple who knows exactly what the Scottsdale experience has to offer? 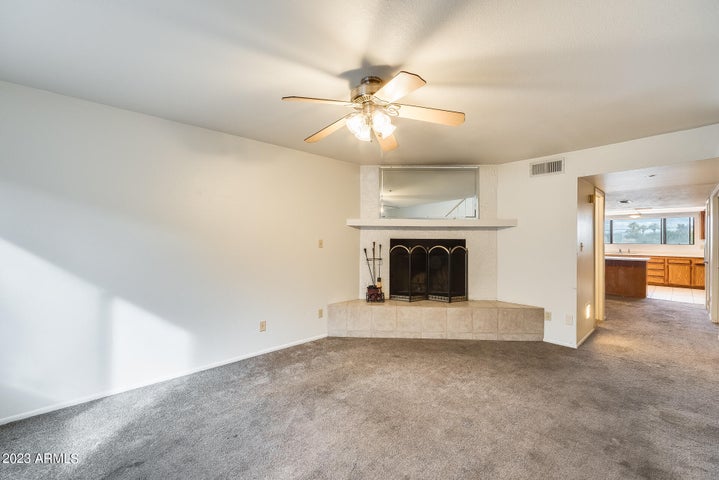 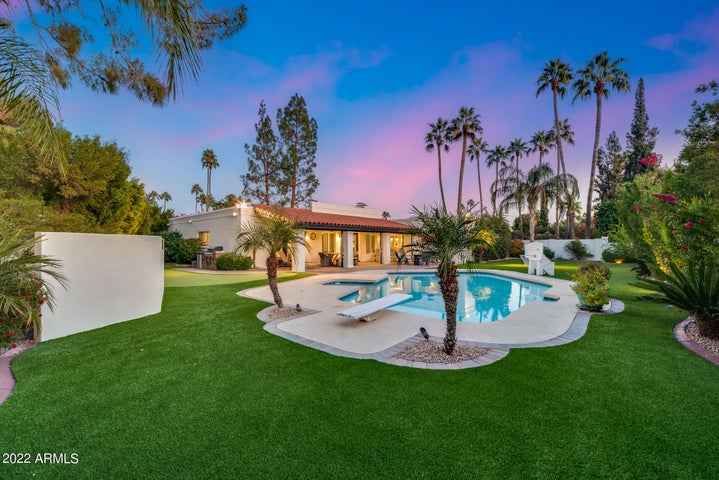 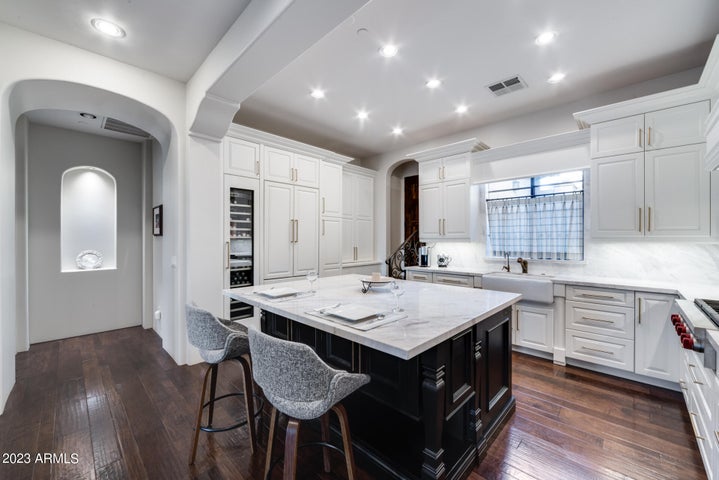 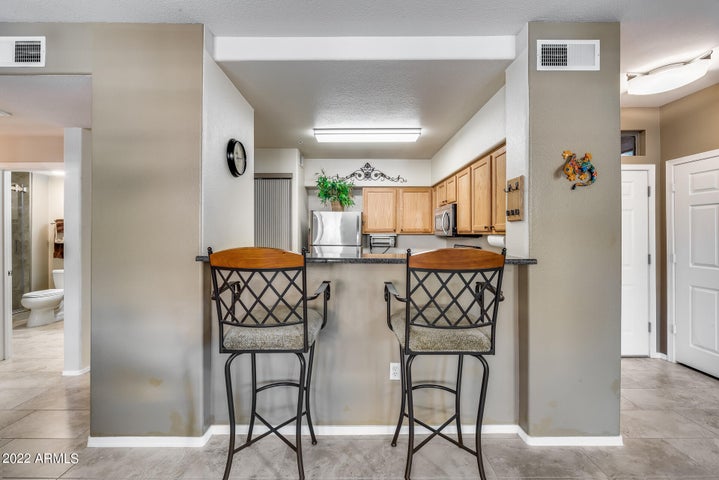 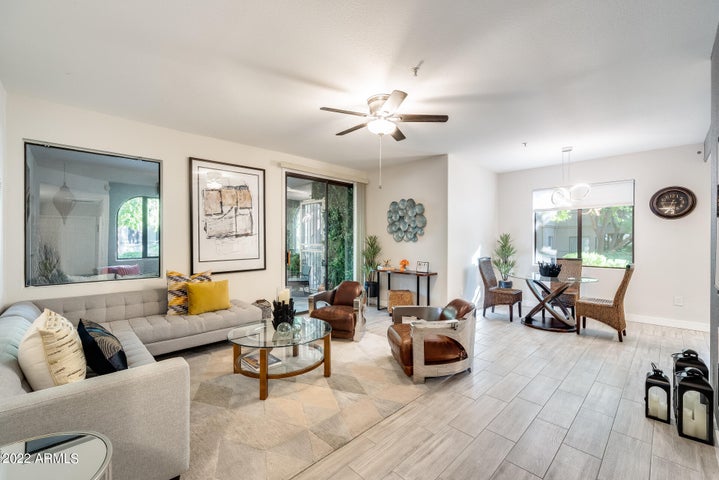